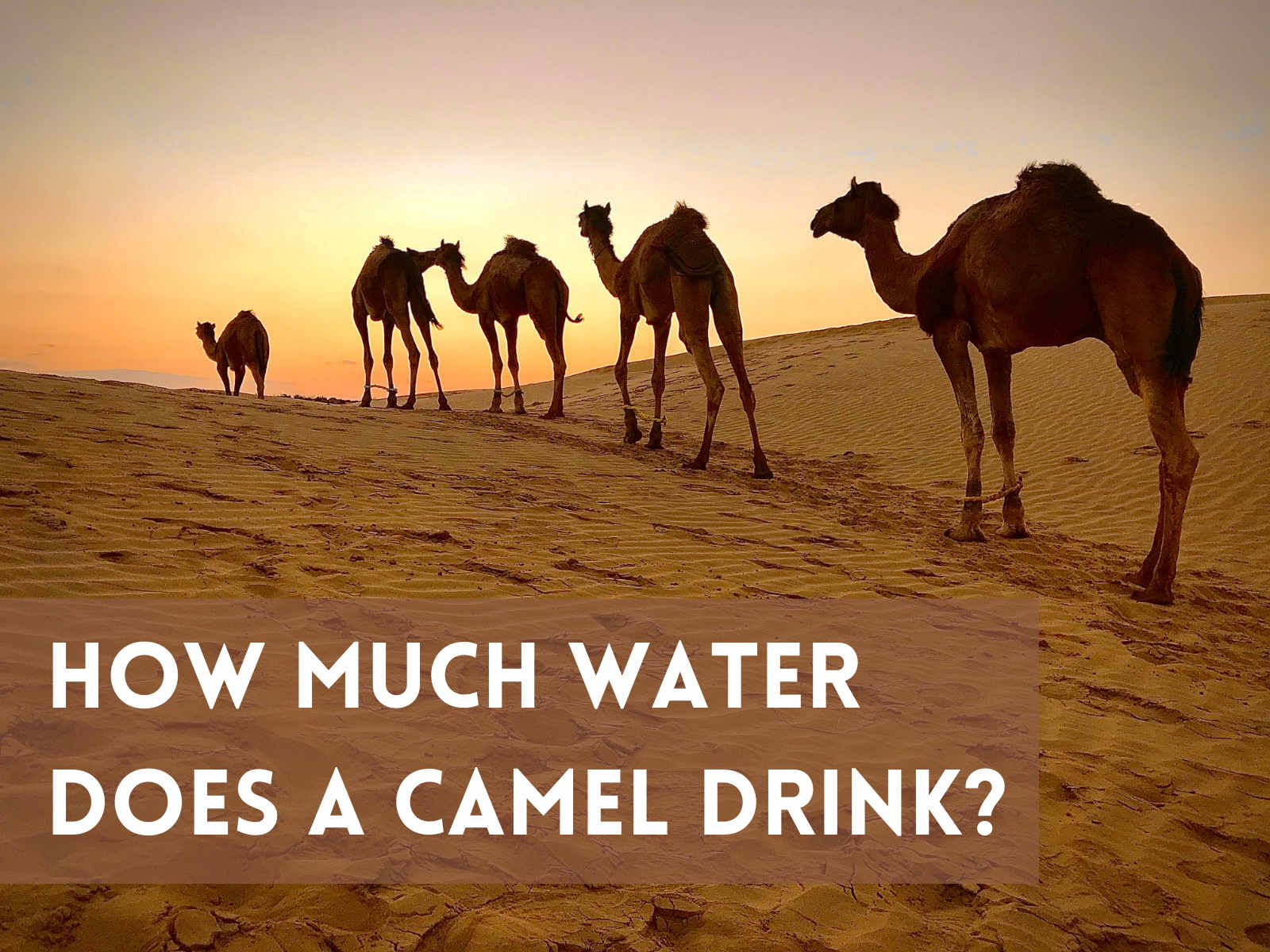 HOW MANY GALLONS OF WATER CAN A CAMEL DRINK? 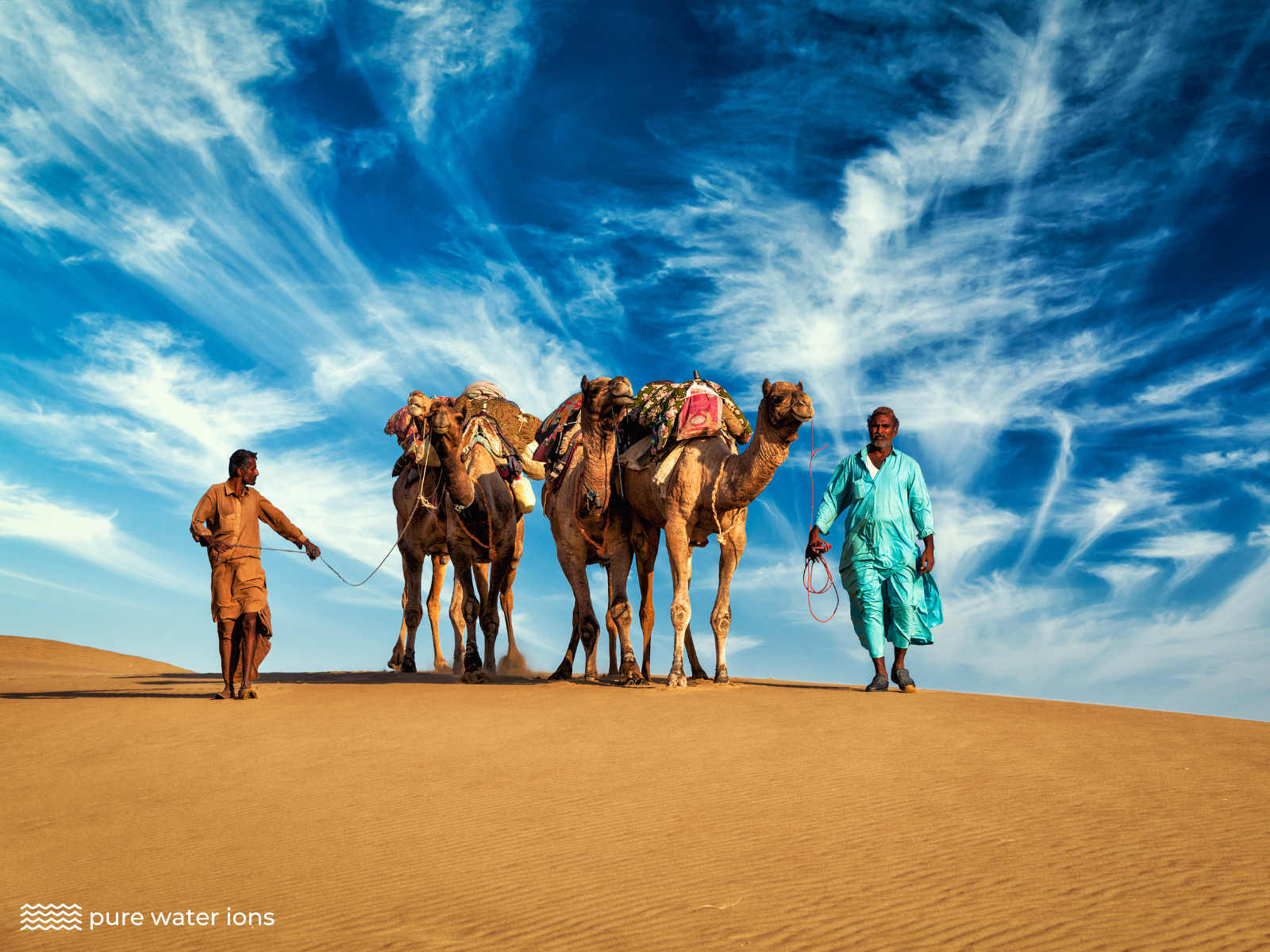 A thirsty camel can drink 30 gallons of water in just fifteen minutes. That works out to 113 liters of water for our European friends. The amount of water a camel drinks depends on the individual camel, its environment, and the amount of fat in its hump. More on humps later.

Modern camels were domesticated by humans over 3,000 years ago. They have been used for centuries to help transport goods and people across harsh desert environments. Camels can go long periods without food and water and are known as the ships of the desert.

There are two types of camels – dromedary and Bactrian. Dromedary camels are also known as Arabian camels and make up 90% of all camels in the world today. These camels have been domesticated and are found in the Middle East and northern Africa. They are recognizable by their single large hump on their back.

Bactrian camels are found in Asia and can be easily recognized by the two large humps they have on their back. Below we cover everything you need to know about how many gallons of water does a camel drink.

HOW LONG CAN A CAMEL GO WITHOUT DRINKING WATER? 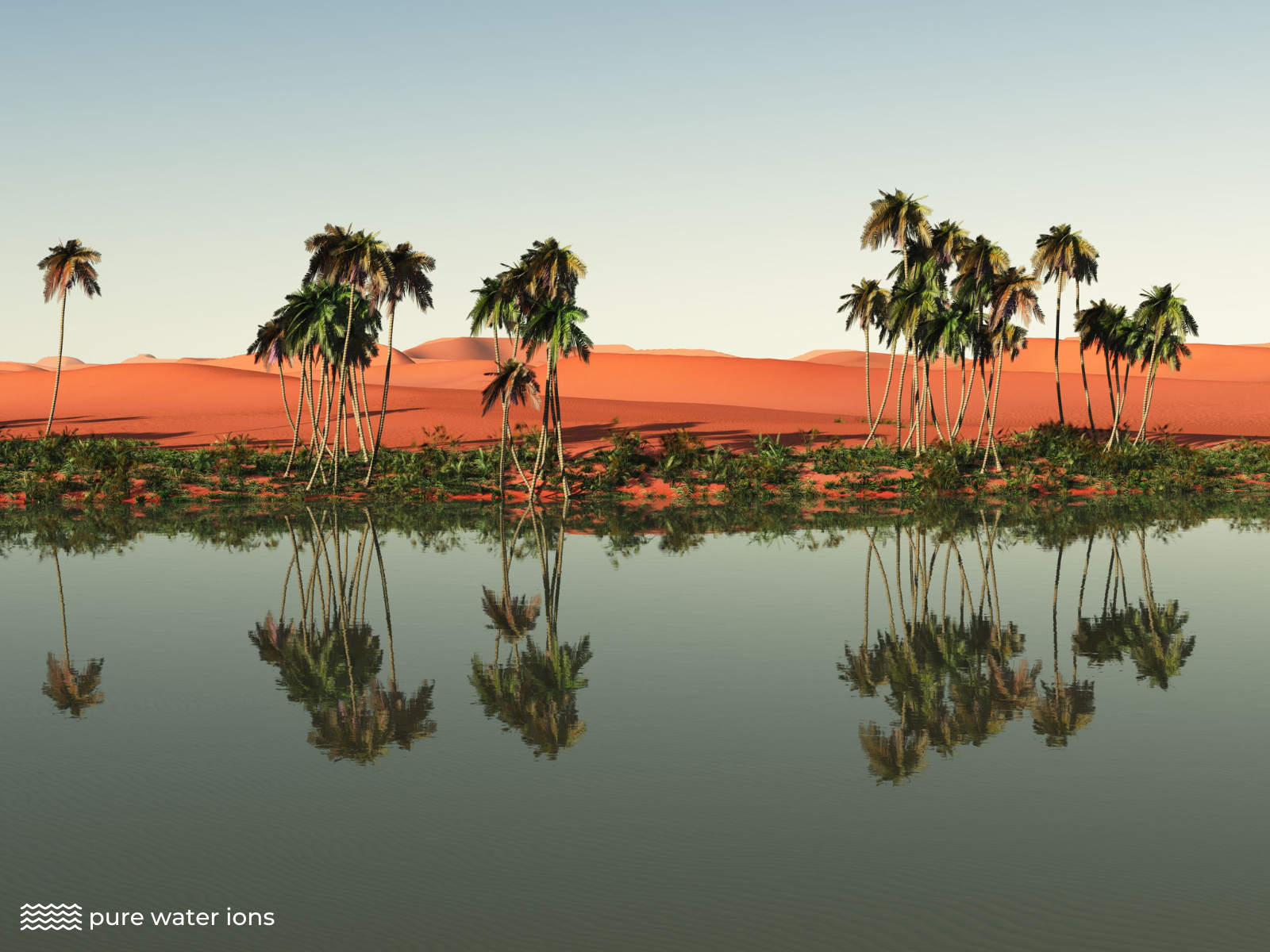 A camel can go 7-10 days without drinking water. And, they can go months without eating any food. Camels are incredibly robust animals when it comes to surviving in the absence of water. The blood cells of camels are specially adapted to maximize their water consumption efficiency.

Camels have oval-shaped blood cells. This cell shape allows the blood to flow freely even when the body begins to become dehydrated. This special cell structure plays a large part in enabling a camel to go such long periods without food or water. They have even been known to suffer 40% body weight loss and continue to function in harsh conditions.

HOW MUCH WATER CAN A CAMEL DRINK IN 10 MINUTES? 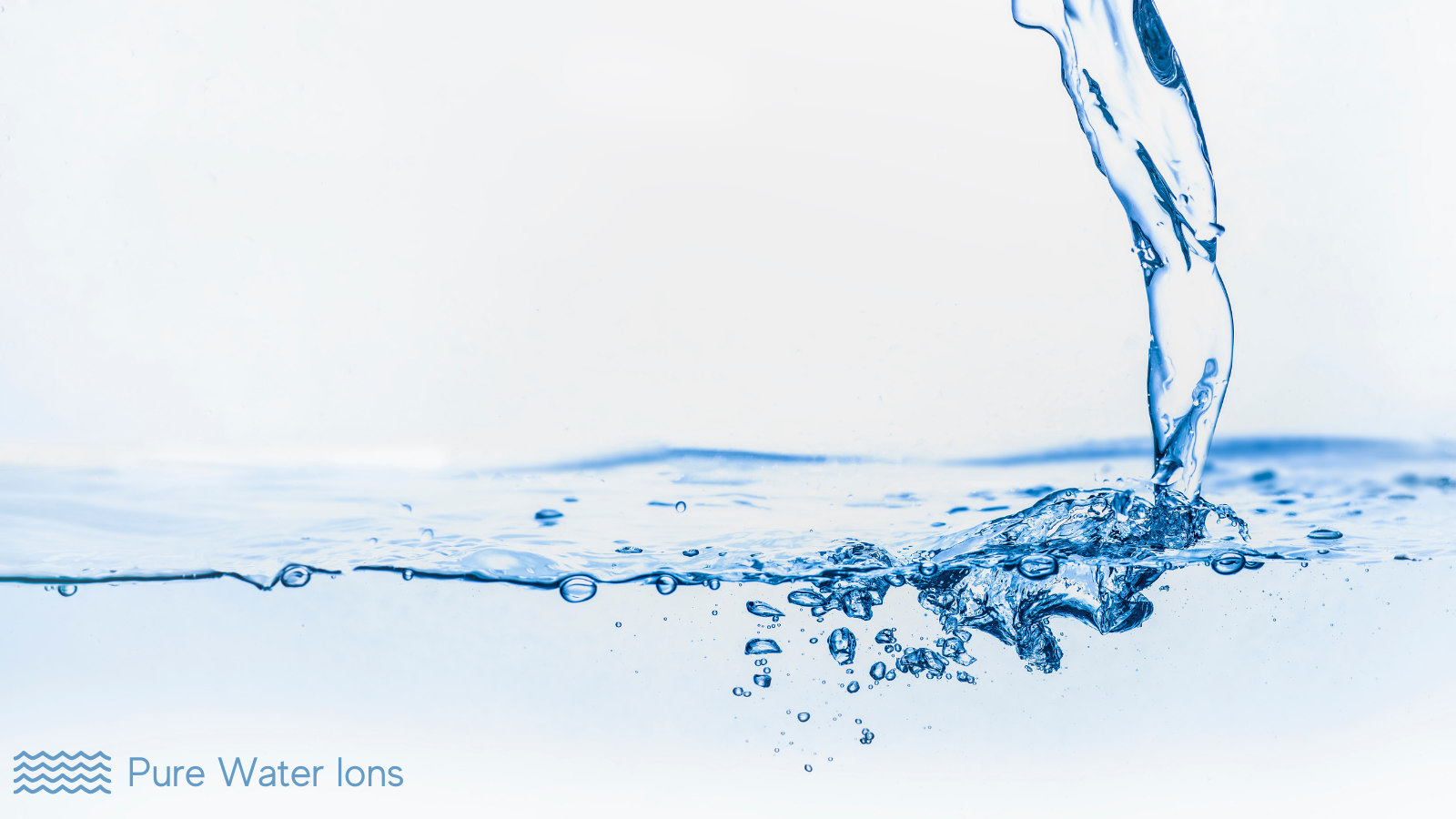 A camel can drink 20 gallons of water in 10 minutes. And, it can consume a whopping 30 gallons in just 15 minutes. That works out at an incredible 10 gallons every 5 minutes. Thirsty camels drink very large quantities and retain the fluid in their bodies to enable them to endure long periods without water.

The amount of water a camel will drink in 10 minutes will depend on how thirsty it is. And this is influenced by its current level of hydration, its environment, and how much work it has been doing. But, the thirstiest of camels can drink 20 gallons in just 10 minutes.

• Coffee and Alkaline Water
• What Heavy Metals Are in Tap Water?
• How To Test Water pH At Home
• Tips For Chatting at the Water Cooler

HOW MUCH WATER CAN A CAMEL DRINK AT ONE TIME? 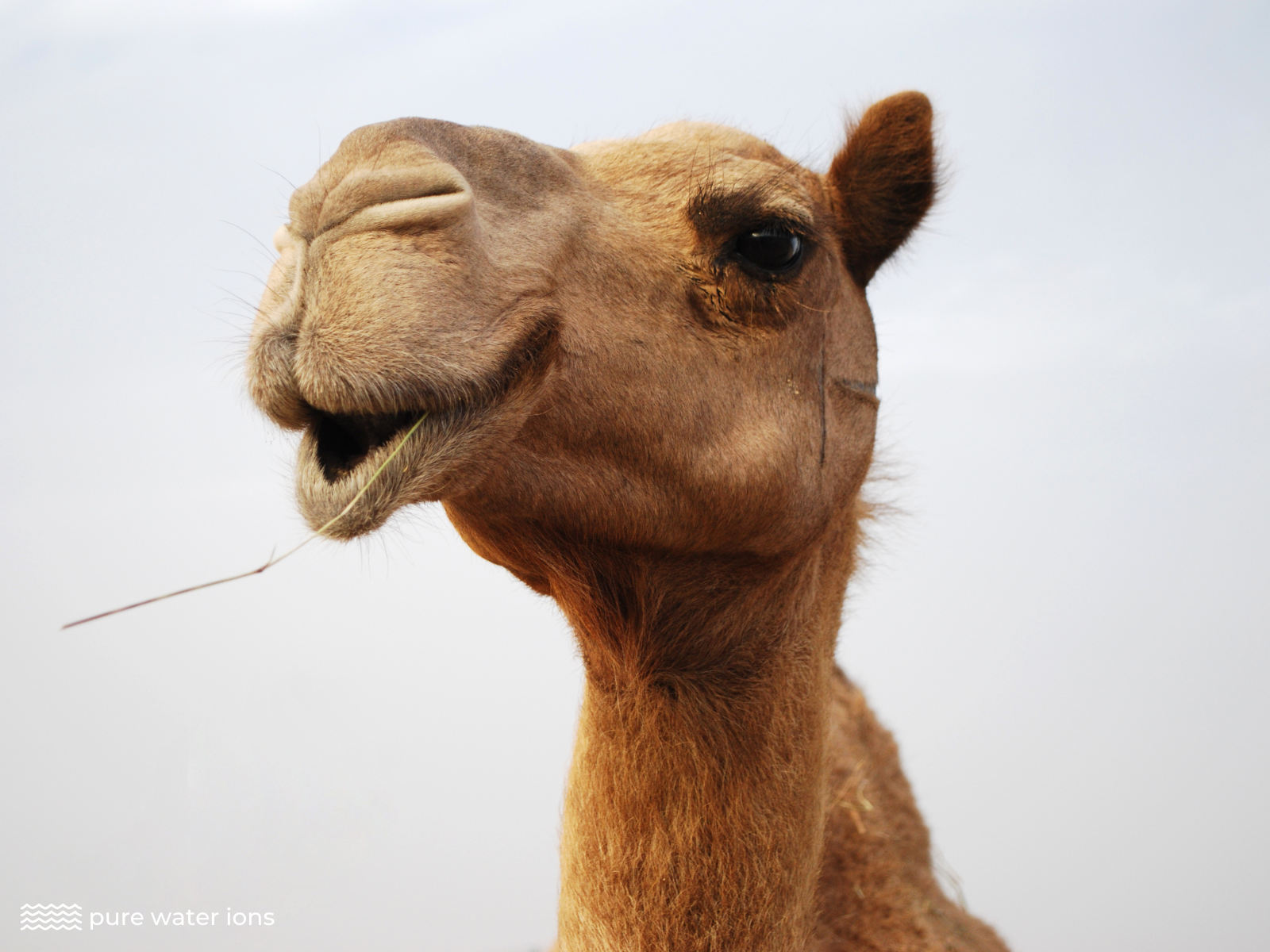 A camel can drink 30 gallons of water at one time. If a camel has not had a drink in a long time, up to one week, it can drink a staggering 30 gallons of water in one go. The oval shape of the camel’s blood cells allows them to consume more water than other animals of a similar size. The oval cells have an elastic nature and can change shape to allow them absorb larger volumes of water compared to regular blood cells.

HOW MUCH WATER DOES A CAMEL’S HUMP HOLD? 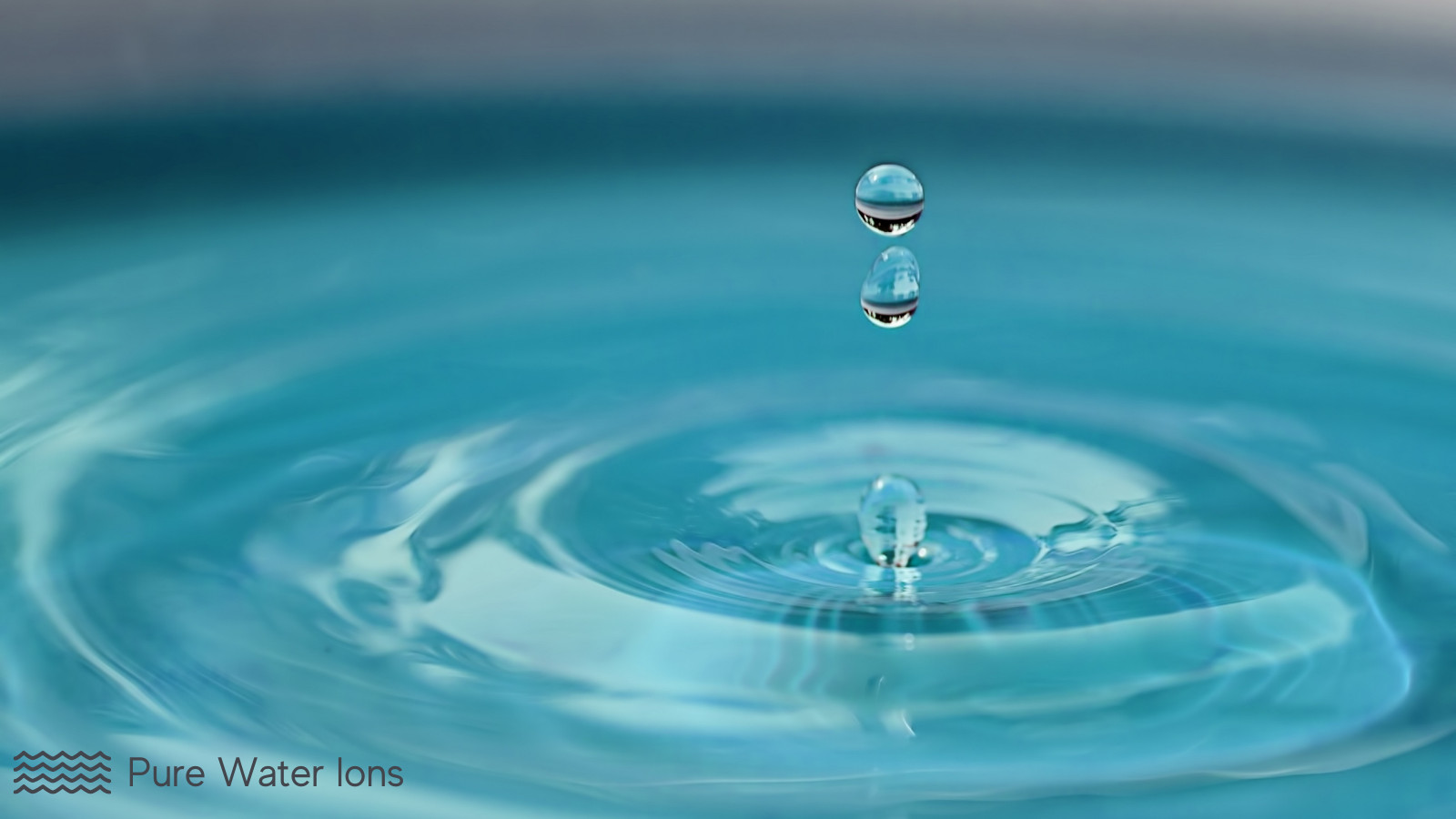 A camel’s hump doesn’t hold any water. It is a common misconception that a camel uses its hump to store water. In fact, there is no water in a camel’s hump – only fat. Camels store water in their bloodstream. Their oval-shaped blood cells expand and change shape to allow for the absorption of large volumes of water, up to 30 gallons at a time.

WHAT IS A CAMEL’S HUMP FOR? 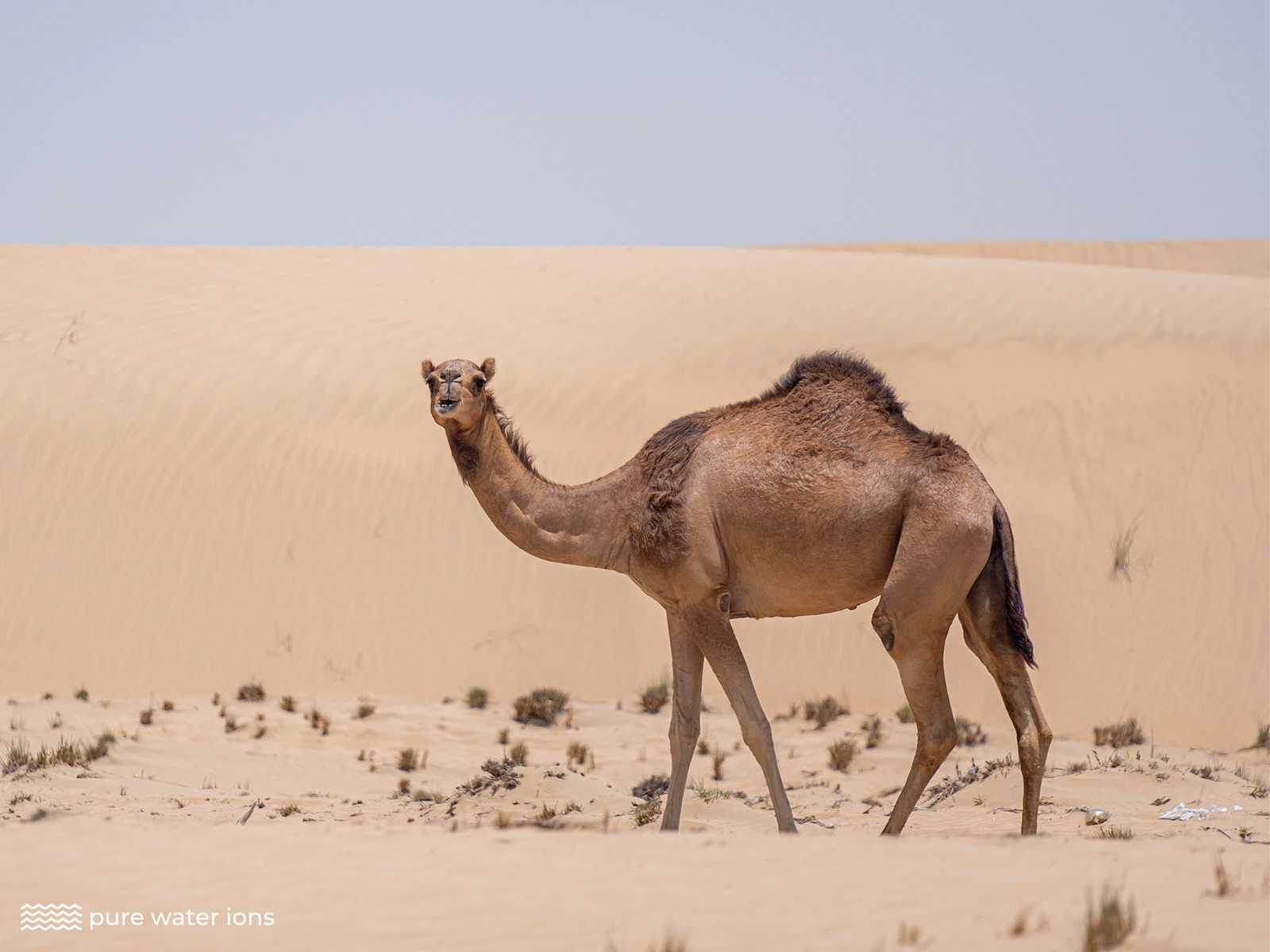 What is a camel’s hump for then? A camel uses its hump to store fat. This is a source of food and nourishment when times get tough and food is scarce. When a camel runs out of food it begins to consume the fat in its hump to keep it going.

When this happens the hump begins to shrink and tip over. When the camel gets a chance to eat again and replenish its fat levels the hump returns. The fat deposits sit on the camel’s back instead of around its belly to help protect it from the heat of the sun.

HOW OFTEN DOES A CAMEL PEE? 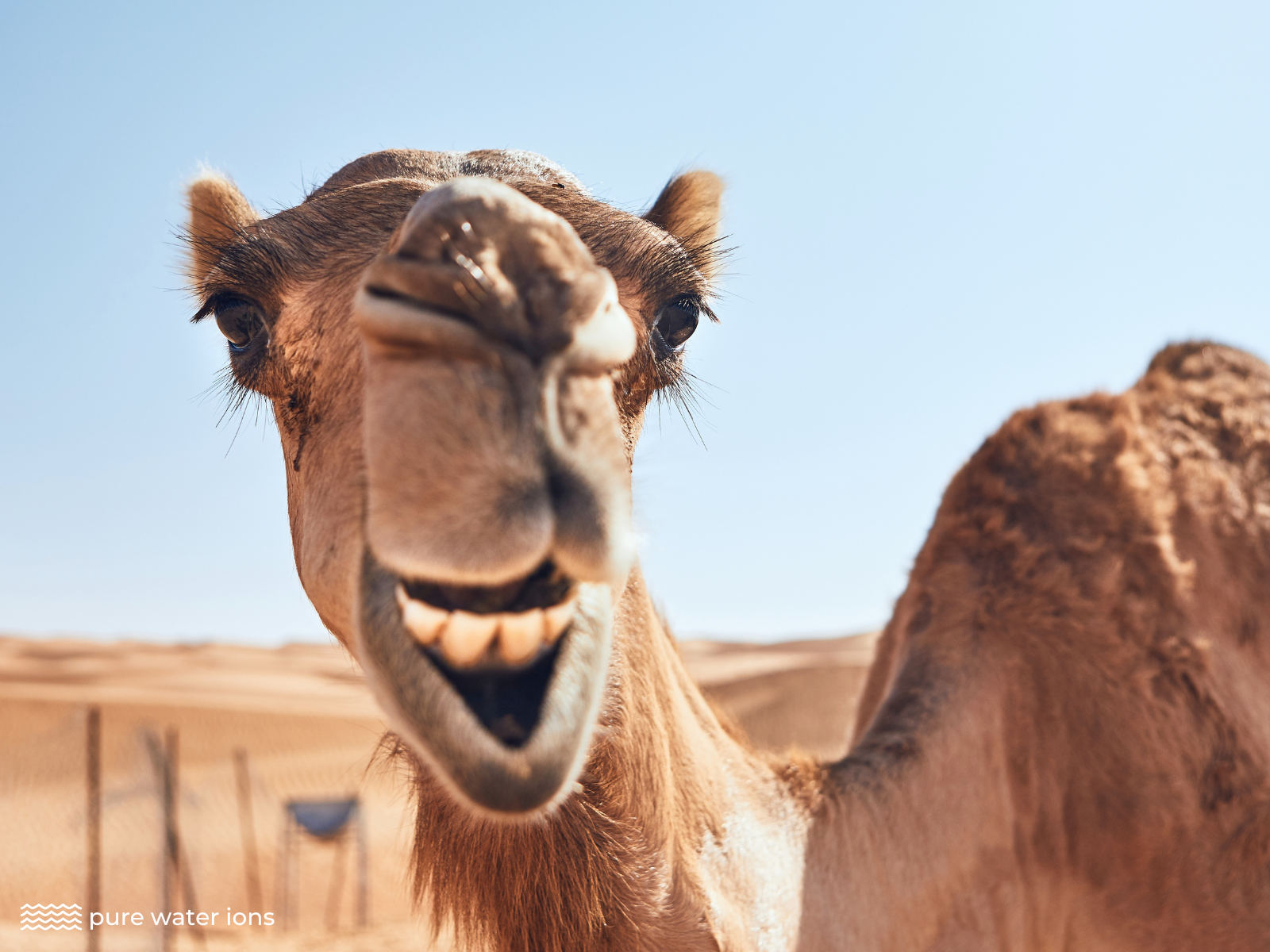 This is a question we often get when discussing – How Many Gallons of Water Can a Camel Drink. Camels don’t pee as often as other mammals. But when they do, they pee a yellow-orange colored pee. It’s made up of wastewater and toxins that have been removed from the body by the kidneys. Camel pee is highly concentrated and contains very little water relative to its electrolyte and waste product content.

So, there’s a big difference in the amount of pee depending on how much water the camel has been drinking. The sex of the camel also plays a part in determining how often the animal pees per day. Male camels pee a little more frequently than female camels – usually 10-12 times per day.

Camels are incredibly efficient at retaining the water they take on board. Their blood cells change shape and expand to allow them to store large volumes of water in their bloodstream. But just like all other mammals, they need to pee at some stage to remove toxins from the body.

2 thoughts to “HOW MANY GALLONS OF WATER DOES A CAMEL DRINK?”